As a Texas full-service independent insurance agency, our mission is to provide competitive insurance programs for personal and Business insurance exposures. We know you expect the best value without sacrificing personalized service, and that's what we do every day.

Hill County Insurance Agency was established in 1912 and was located on the historic Courthouse square for one hundred-five years prior to moving to our new building at 225 E. Elm Street. The Siddons family has owned and operated the agency since 1921. W.W."Will" Siddons, Sr., joined the agency in 1918 before becoming the principal owner.  He was a well-respected community leader and operated the agency until 1959.

W.W."Bill" Siddons, Jr.  1930-2019 managed the agency from 1956 to 2019. The agency partnered with several Regional and National insurance carriers during his tenure.  Bill Jr. served as President of Colonial Trust Company for forty-nine years until its merger with the Citizens National Bank where he served as a Director. He was a Rotary Paul Harris Fellow and was inducted into the Rotary District Roll of Fame in 1992 in recognition of years of community service.  He was the past President of the Hillsboro Chamber of Commerce, Hillsboro Rotary Club, and Lake Park Association.  He worked with other business leaders to secure funding to build Aquilla Lake. This accomplishment ensured adequate drinking water for future generations.  In 2016 he was inducted into the Hillsboro Hall of Fame.  He was a great Father, leader, professional, and friend. His legacy and positive impact on the community will endure the test of time.

W.W. "Bill" Siddons, III, began his insurance career with New York Life in 1987 after earning a BBA from Southwest Texas State University. He joined Hill County Insurance full-time in 1990. Bill earned the CIC designation in 1999 through the Society of Certified Insurance Counselors.

His past and present community service includes the Hillsboro Airport Board, Hillsboro Sports Association, Parks Board, and tenure as Presidents of the Hillsboro Chamber of Commerce, Hillsboro Rotary Club, and Hillsboro Heritage League. He is a Rotary Paul Harris Fellow and currently serves on the Hillsboro Economic Development Corporation, and Boys & Girls Club of Hill County. He serves as a Director of the Citizens National Bank.

Shelby Siddons-Minyard joined the agency in 2020 as a fourth-generation agency leader.  Shelby is a graduate of Texas A&M University and earned the Personal Lines Coverage Specialist Designation from the Hartford School of Insurance.

In 2009, Hill County Insurance became a Partner in the Combined Agents of America Group which is made up of sixty-eight of the top insurance agencies in the Country. 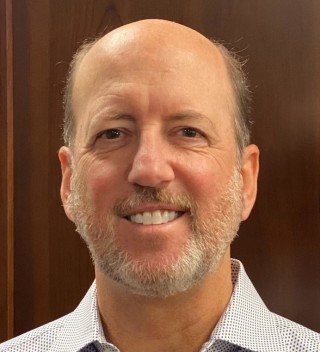